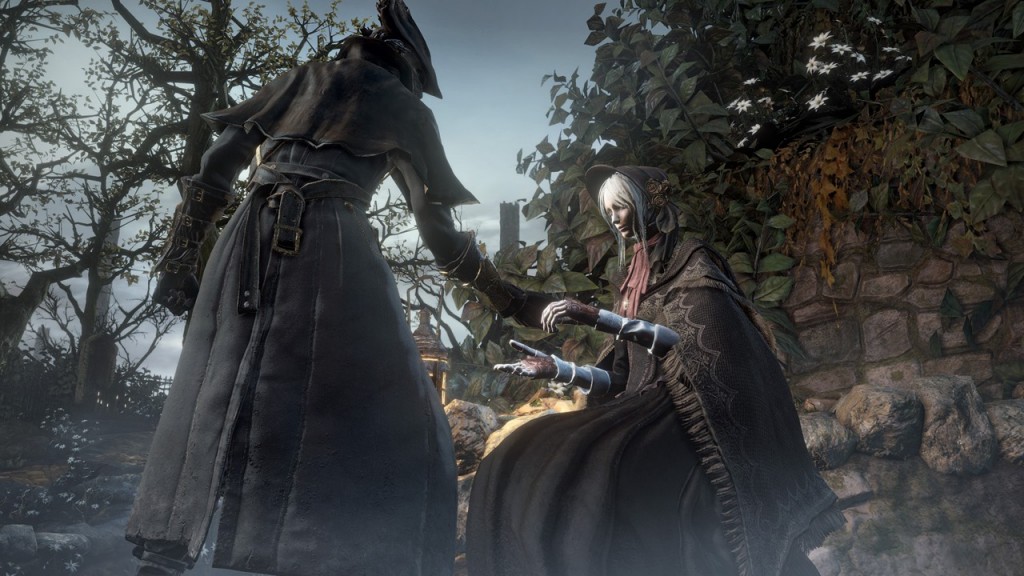 Sony decided to put online multiplayer behind a pay wall with the PlayStation 4. As a result, Souls fans won’t be able to access a majority of the online features in Bloodborne with PlayStation Plus. So is the service worth subscribing for Bloodborne? Let’s examine a few factors with our guide below before you can come up with your own decision.

Bloodborne is the latest game from the Souls line of videogames that also includes Demon’s Souls, Dark Souls and Dark Souls 2. Just like the previous games, the new I.P. is designed to be challenging but fair as every enemy encounter could result in death if you get careless. For those who persevere, they will feel a sense of accomplishment that is unrivaled in the gaming medium.

While Bloodborne has some unique online features, they are somewhat extraneous as you can complete the videogame on your own in single player without any help. With that said, playing online does add some unique twists that can boost your experience. The latest game developed by From Software is the highest-rated exclusive for the PlayStation 4. If you haven’t already, you can purchase the action-RPG on Amazon with this page.

What is and isn’t locked behind PlayStation Plus

Not all online elements of Bloodborne are locked behind PlayStation Plus. You will still be able to download patch updates for the game in addition to update data on the Chalice Dungeons.

However, you will need to be a member in order to participate in co-op, player versus player fights in addition to taking advantage of several asynchronous online features. You can find out more details for each element below.

Just like Demon’s Souls, Dark Souls and Dark Souls 2, Bloodborne has a few unique asynchronous online features. The most impactful of which is the ability to read and leave messages to and from the other players. These notes can be placed in every part of the world and can be either devious or helpful. Most of the time, however, the notes will give you tips on how to proceed through an area or defeat an enemy.

Less helpful are Specters, which are tombstones that let you view the final moments of another player’s death. You may also occasionally see Player Ghosts, white phantoms who are actually other players that are currently playing in the same area. These apparitions bring a sense of community to the otherwise gloomy world of Bloodborne. From a gameplay perspective, however, they don’t really add as much as the notes.

Bloodborne does not have a traditional co-op mode as it has certain strict rules and requirements. For instance, in order to summon other players game, you first need to acquire the Beckoning Bell, which can be acquired at Hunter’s Dream when you get your first Insight.

In order to be summoned yourself, you will need to get 10 Insights and then buy the Small Resonant Bell from the Bath Messenger located next to the middle door of the building in Hunter’s Dream. During the early parts of the game, you can gain Insight by encountering bosses (you don’t have to actually defeat them) and consuming an item known as Madman’s Knowledge.

For co-op, you can play with strangers or with friends (by using a password system). There are some restrictions, however. Every time a player uses the Beckoning Bell to summon, he or she will use 1 Insight. You can also only summon players in the same area (which is also limited depending on if the boss is still alive in the summoner’s world). Not to mention that the players have to be around the same level (within 10 of each other).

One final limitation is that, once you defeated the area’s boss with other players, the co-op session will end until you can get to a new area with a new boss.

As you can see, trying to play co-op throughout Bloodborne is a big hassle, especially if you are teaming up with friends. With that said, it is a helpful feature to have if you are stuck at a particular area or boss battle.

When you open yourself up for co-op, you also leave open the possibility of being invaded. You can also invade the game of others by using the Sinister Resonant Bell, which can be purchased at the above-mentioned Insight Bath Messenger at Hunter’s Dream.

Fighting another player is fun but invaders may end up being overwhelmed if they encountere a player who summoned the help of two others into his world. While you can find some enjoyment in taking on other players, the player versus player aren’t as compelling as the co-op mode.

Other PlayStation Plus Benefits

Of course, you can get more than the ability to Bloodborne, as well as other PS4 games, online with PlayStation Plus. The service also offers exclusive discounts in addition to free access to full games on the PlayStation 4, PlayStation 3 and Vita platforms. So, even if you aren’t happy with online multiplayer being put behind a pay wall, you will still get plenty of benefits by being a subscriber.

The online elements in Bloodborne is not essential to the videogame as you can beat it entirely on your own. With that said, you might want to subscribe if you are having trouble so that you can get helpful in-game tips and summon others, including friends, for help. Not to mention that you also get other benefits by being a PlayStation Plus member. If you haven’t already, you can purchase a one-year membership for the service with this link.