Amazon has opened the product page for The Iron Giant: Signature Edition Ultimate Collector’s Edition, revealing some details. If you are interested, you can preorder the movie bundle with this link from the shopping website. You can also take a look at the physical items in the set below this paragraph. 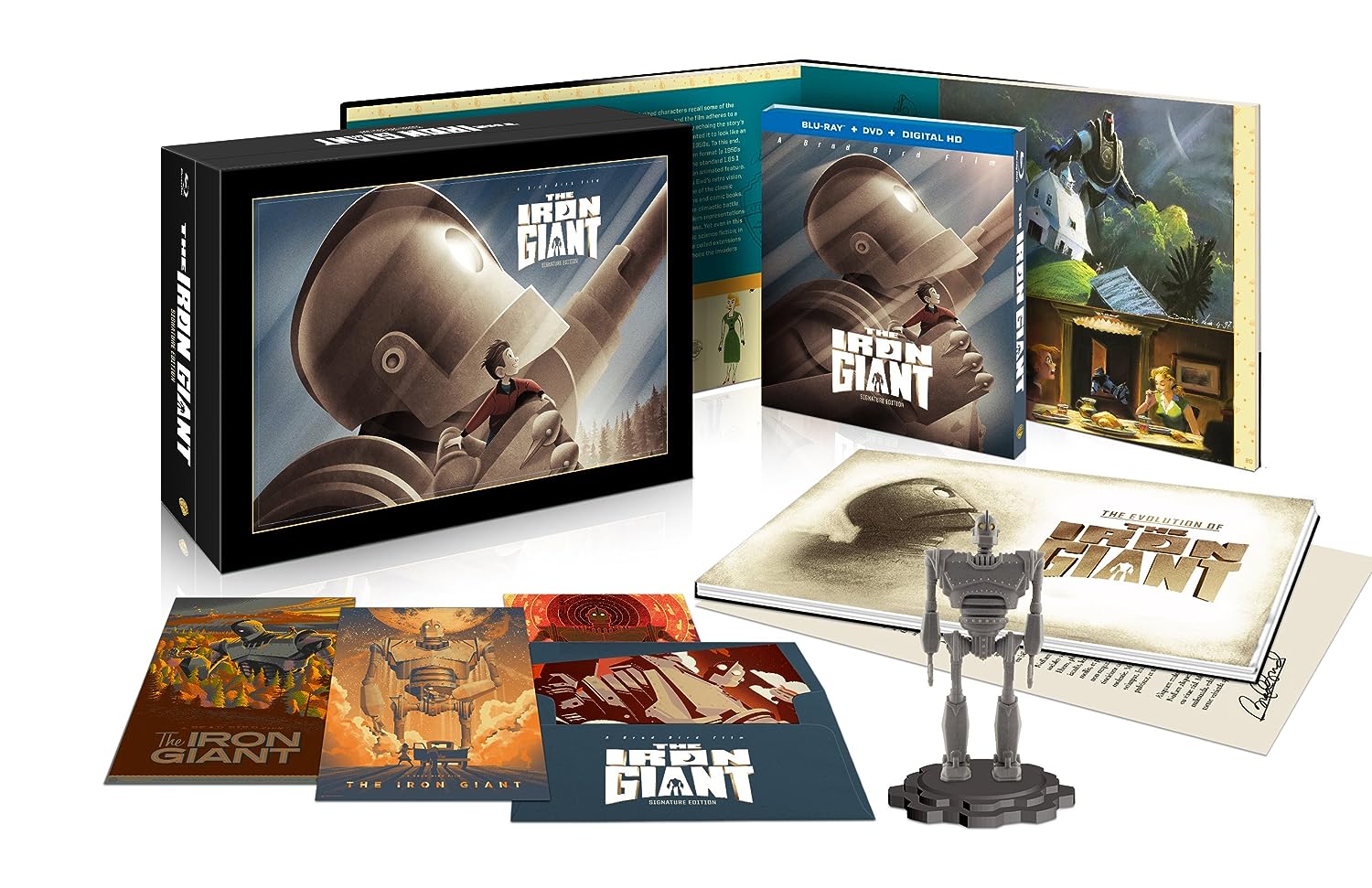 Along with the Blu-ray, DVD, and Digital HD Combo Pack, the bundle also comes with a collectible Iron Giant figurine, 32-page art book, five Mondo art cads in addition to a letter from Brad Bird (the director of the film), to fans.

In terms of features, customers will get both The Iron Giant: Original Theatrical Edition as well as last year’s The Iron Giant: Signature Edition. Also included is The Giant’s Dream documentary, commentaries from the production team, The Making of The Iron Giant featurette and more. You can check out the list of features below:

The Iron Giant: Signature Edition Ultimate Collector’s Edition will be released on the 6th of September in North America.